Producers of electrical and electronic equipment or their authorised representatives have the following obligations:

Furthermore, distributors and distant sellers with sales or warehouse space larger than 400 m² for electronic equipment have to take-back WEEE free-of-charge from consumers.

Producer definition according to WEEE directive

‘producer’ means any natural or legal person who, irrespective of the selling technique used, including distance communication within the meaning of Directive 97/7/EC of the European Parliament and of the Council of 20 May 1997 on the protection of consumers in respect of distance contracts:

(ii) is established in a Member State and resells within the territory of that Member State, under his own name or trademark, equipment produced by other suppliers, a reseller not being regarded as the ‘producer’ if the brand of the producer appears on the equipment, as provided for in point (i);

(iii) is established in a Member State and places on the market of that Member State, on a professional basis, EEE from a third country or from another Member State; or

Whoever exclusively provides financing under or pursuant to any finance agreement shall not be deemed to be a ‘producer’ unless he also acts as a producer within the meaning of points (i) to (iv); 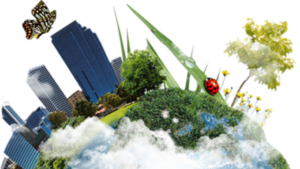 How ERP makes it easy for your business

We can assist at every stage in the disposal of WEEE and handle all the complexities, making things as simple as possible. Our solutions help you meet or surpass national standards and provide the best value for your business needs.
Using our experienced operations team and our wide network of licensed waste carriers and treatment operators, ERP can arrange for the collection and treatment of WEEE from member sites.

We can provide bespoke take-back solutions and other waste services, and our product take-back offer also includes specialist services, such as secure destruction, if required.

How does it all work?

We are making your producer obligations easy. If you are looking for quick online solutions, the online store Click & Comply of our partner Landbell Deutschland offers a variety of services and complete packages for the registration of your WEEE.