Schools across Powys collected over 3.3 tonnes of household batteries after taking part in a battery recycling challenge.

The competition encouraged youngsters to collect batteries for recycling, from home and at school. Pupils collected an incredible 3.32 tonnes of domestic batteries between September 2018 and April 2019.

Ysgol Dolafon in Llanwrtyd Wells was this year’s competition winners after collecting an impressive 3.49kg of batteries per pupil. They will now receive £250 worth of Amazon vouchers.

ERP UK, which has sponsored the competition, has donated the Amazon vouchers. ERP also provided the battery collection boxes and arranged the recycling of the batteries.

Cllr Phyl Davies, Cabinet Member for Waste and Recycling, praised all the schools who took part in the challenge.

“Recycling batteries is good for the environment as this conserves resources and saves energy by reducing the need for new raw materials,” said Cllr Davies. 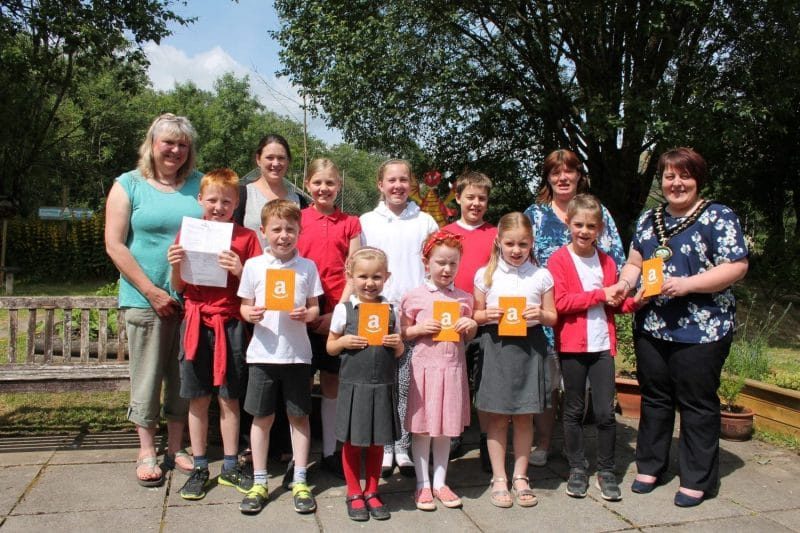 Cllr Beverley Baynham, Chairman of Powys County Council (far right), presents the vouchers to pupils and teachers at from Ysgol Dolafon after they won the latest school battery recycling competition.

“We have estimated that over 132,000 individual batteries have been diverted from landfill thanks to the competition.

“It is encouraging to see Powys children show such enthusiasm and commitment to recycling and the local environment, particularly collecting so many batteries at home and at school and preventing these materials being disposed of to landfill.

“Thank you to everyone who took part in this worthwhile competition and well done to Ysgol Dolafon for winning the competition.”

John Redmayne, ERP UK Managing Director, said: “We are proud that our partnership with the council has yielded such amazing results, not only in terms of tonnages but better education around battery recycling - equipping young people with the knowledge needed to play an active role in protecting their environment.”