Created in 2018, Global Recycling Day was launched to raise awareness of the importance of preserving our limited natural resources by moving away from a 'throw away'society and embracing a circular economy through recycling. As stated on their website, the mission of Global Recycling Day is to:

This year for Global Recycling Day we’ll be sharing stories of ERP’s very own #RecyclingHeroes - our Local Authority partners. Here are just a few of the fantastic projects launched by our partners to tackle barriers to recycling in their Boroughs.

Mid and East Antrim Borough Council has teamed up with Ulster Supported Employment Ltd (USEL) to promote recycling across the Borough. The partnership allows council to divert 11 tonnes of mattresses and furniture from landfill every month and supports USEL, to create employment opportunities. USEL employ, support, and train up to 1,500 people with disabilities or health-related conditions across Northern Ireland. Since launching in 2017 the council has recycled 18,603 mattresses, the equivalent to over 380 tonnes. 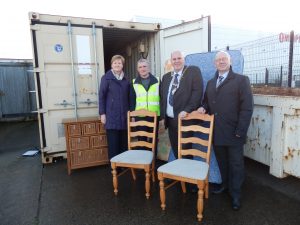 USEL collect mattresses from council recycling centres, take them apart and process them into materials including carpet underlay, fleece for the equestrian market and acoustic dampening in cars. There is no commercial profit from re-used materials, everything is gifted to local charities.

Commenting on the project, the Mayor of Mid and East Antrim Cllr Maureen Morrow said;

Our residents continue to lead the way when it comes to recycling household and organic waste. Our citizens are to be commended for their efforts and I thank them for their support to date. One of our key objectives, set out in the Corporate and community plans, is to protect the environment which the scheme aims to do.

Newry, Mourne and Down District Council gets school involved in WEEE recycling

In October 2019, Newry, Mourne and Down District Council launched a quiz trail for Downpatrick primary schools in an effort to encourage recycling habits at an early age. The competition was promoted to local schools and involved pupils visiting the newly opened recycling centre, completing a quiz sheet and recycling an item of WEEE. With a FitBit Ace or a Kinder E-reader sponsored by ERP UK up for grabs, it was no surprise that the council received over 30 entries, in just 10 days! 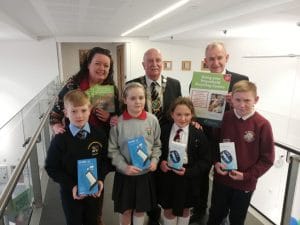 “We had a fantastic response to this competition and many thanks to all the children who took part and to our sponsors, European Recycling Platform (ERP UK) - the Council’s partner for the collection and recycling of batteries and waste electrical equipment. The ‘Recycling Quiz Trail’ was a great way to engage and educate young people about the importance of recycling.  The new HRC in Downpatrick has been designed to make recycling quick and easy for all its users, as a Council we aim to recycle 75% of all the waste received at this new facility."

During the competition a large majority of students recycled e-waste such as televisions or batteries. After the project the council also saw a 5 tonne increase in waste electrical and electronic equipment (WEEE) recycled during November - December when compared with the previous year.

In Mid Ulster it was discovered that while over 1,500 tonnes of plastic bottles and containers were recycled in the allocated blue bins in 2018/19, a study carried out in 2018 reported that 10.6% of the black bin (residual) waste in the borough was still made up of plastic bottles and containers. In an effort to increase plastic recycling in the kerbside blue bin - the 'Be Plastic Fantastic' campaign was launched for Recycle Week 2019.

To help make recycling plastics in the blue bin easier and more convenient, the Council provided every home in the district with a free indoor recycling bag (funded through the DAERA Recycling Behavioural Change Fund). 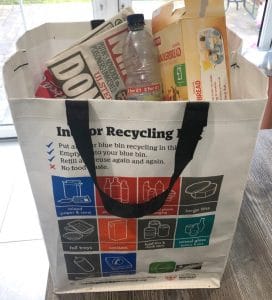 Householders were asked to keep their recycling bag beside their household general waste bin and to use it to dispose of their plastics, including plastic pots, tubs and trays, along with other blue bin materials including cardboard, glass, aerosols, tins and cans. In addition, they were reminded to recycle plastics such as shampoo and bleach bottles from the bathroom. When full, the bag is easy for householders to empty into their blue bin outside then simply refill, recycle and repeat.

“We are in a very fortunate position here in Mid Ulster in terms of both our recycling rate and effort. However, the fact that over 10% of Mid Ulster’s black bin waste is still made up of plastic bottles and containers is staggering, especially as these materials can easily be recycled in the blue bin. The free indoor recycling bag provided by the Council to every home in the district is a fantastic tool in helping to make recycling plastics a more routine and simple part of our everyday lives." 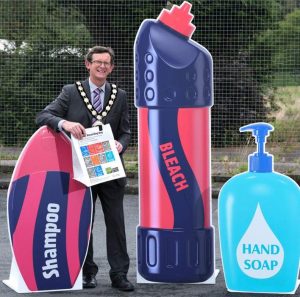 At the end of the campaign, the council reported with an increase in overall blue bin tonnages recycled when compared to the same six months of 2018. This also included an additional 70 tonnes of plastics bottles, pots, tubs and trays collected for recycling.

In 2015, SUEZ noticed that residents visiting Community Recycling Centres were often discarding recyclable materials inside their black bags, wasting valuable resources. In response, the team began sorting black bags on a trial basis. The trial was so successful that it was soon rolled out to all sites. Now in its fifth year, black bag sorting is practised across all 11 sites that accept residual household waste.

In 2019, the black bag sorting programme in Surrey helped divert 3,430.43 tonnes of material such as cans, plastic bottles, textiles and metal away from recovery or landfill. Of this, 290 tonnes was WEEE which was then segregated and sent for recycling. 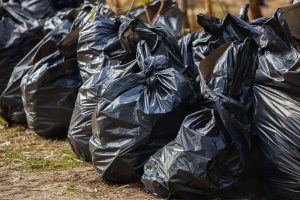 “The black bag sorting programme implemented by SUEZ will be an important step towards reaching our goal to recycle 70% of Surrey’s household waste. Making the most of the materials already in use a is a vital aspect of tackling climate change, and we at Surrey County Council are thrilled to support this initiative.” – Richard Parkinson, Environment Delivery Group Manager, Surrey County Council

Following the success of the black bag sorting initiative, in late 2016 Suez launched the first trial re-use shop on behalf of Surrey County Council (SCC) at the Leatherhead community recycling centre. SUEZ then worked to install the required shop infrastructure and in 2017 opened three additional shops at Witley, Woking, and Earlswood CRCs. All four shops were rebranded as ‘Revive’ and a fifth shop opened in May 2018. 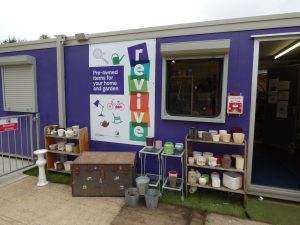 "The whole concept of the Revive shops, helping to reduce waste, seems really brilliant and the fact that the Hospice has benefitted from this as well is really just the wonderful icing on the cake!” - Princess Alice Hospice, donation recipient.

Items like vacuums, televisions and lamps sold through the Revive shops were previously destined for landfill or recycling but through the project have been returned to the community. In 2019 the Revive shops helped divert 1,130.35 tonnes of material for reuse and donated over £31,000 to charity. 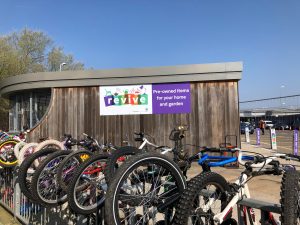 “By encouraging reuse through the Revive shops in Surrey we are sending a strong signal to residents that their materials have value. Embedding reuse into waste management in Surrey helps shift the focus towards the top of the waste hierarchy and gets us one step closer towards our goal of living in a society where there is no more waste.”